The language-knowledge-literacy triad has been the concern of SFL from the beginning, the relationship between wording and meaning, the notion of language as a resource and an interest in “co-variation between linguistic and social phenomena” being its very essence (e.g. Halliday 1961, 1966).

However, it has taken many directions and different foci, among which, the language of science and technology, specialised knowledge and genre communication, school literacy and advanced academic literacies, language and specialised knowledge in diachrony, literacy and the literary text, and multimodal literacies, including the cultural revolution brought about by the internet and the new media.

28ESFLC2018 aims to attract contributions in all of the paths opened up by the studies referred to below and variously concerned with the conference theme (see References), create a venue for discussion and scientific exchange around SFL educational vocation, help develop culturally literate citizens that can participate fully in today’s knowledge society. 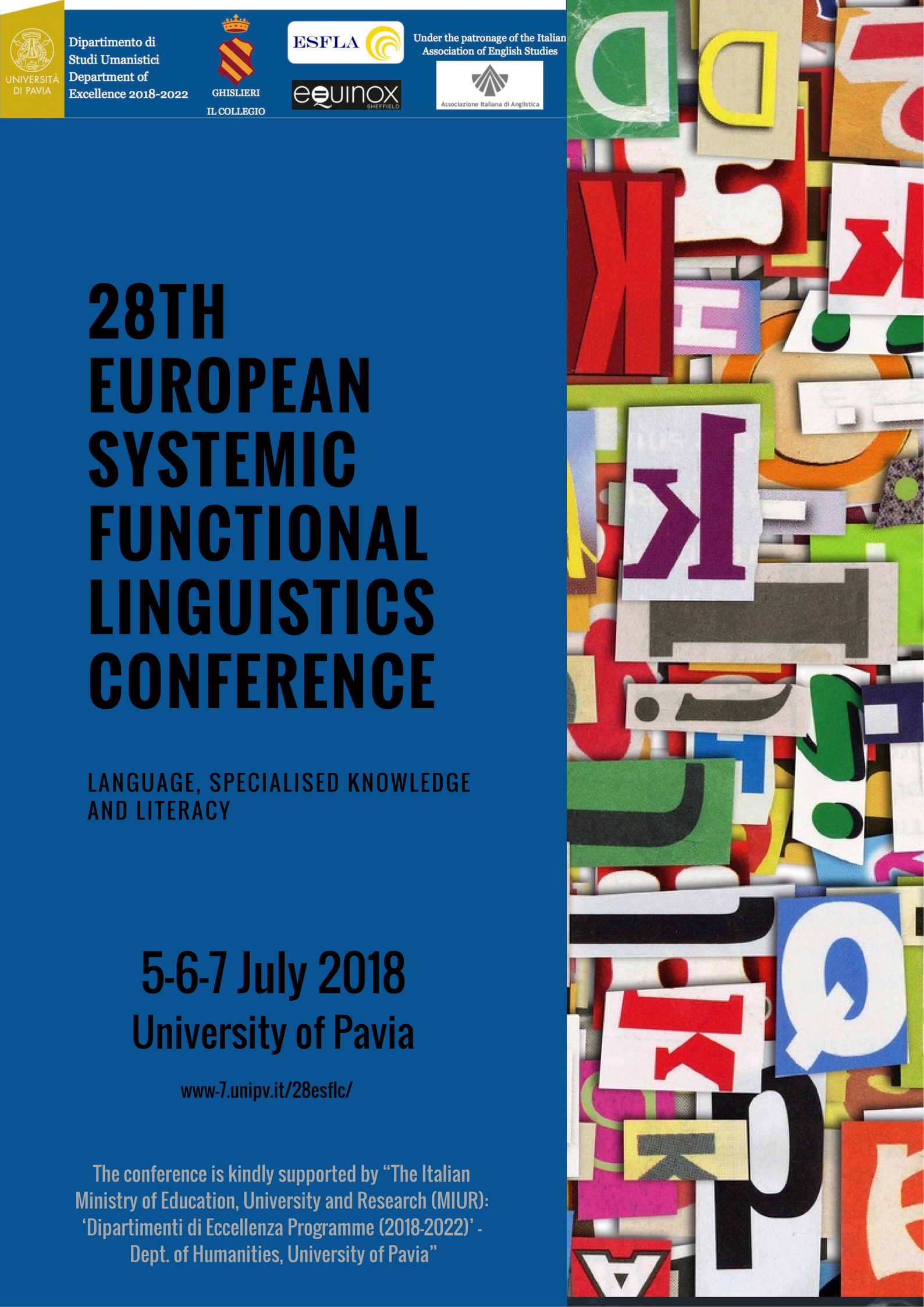